All Star Experience Fact Sheet
Granbury Athletic Association (GAA) sanctions "All Star Tournament Teams" for summer play after the conclusion of our regular season and City Championship tournament, for age groups 6U through 14U only. GAA will not be able to provide an All Star Team for any age group where no coach volunteers to coach an All Star team.
The All Star Experience:
All Star Tournament Teams participate in a more competitive environment than regular GAA
recreational league play. These teams begin play after the conclusion of the GAA season and
generally participate in tournaments in neighboring communities and potentially state and
national events. The purpose of this Fact Sheet is to provide more information about the "All
Star Tournament Team" process to the parents of all GAA participants so you can decide if your child should be considered for the All Star Experience.
Parent Action Required:
If your child is going to participate in the All Star experience, please print and complete the
forms in the “All Star Team Parent Packet” and turn them in at the registration area of your
scheduled tryout location.
The Process:
First, the GAA board determines the number of All Star Teams we will have for each age group.  The number of teams is based on the number of regular season teams, the level of interest among our parents, players, coaches, league directors, and the GAA administration’s general assessment of the overall league talent for each age group. League talent is an important consideration because of the extremely competitive nature of tournament play.
We ask coaches to nominate a certain number of their more skilled and experienced players to try out for All Stars (the number of nominations per team will be determined by the GAA board), provided the parents of that player have not informed their coach that their son/daughter does not want to participate in All Stars.
Regardless of the number of All Star Teams formed per age group, all nominated players
will attend the tryout for their respective age group. Players will be evaluated by
experienced coaches and GAA board members. Players will go through various drills, which
may include hitting, catching fly balls, fielding ground balls, and running.
The evaluators will assemble the All Star Teams and forward the recommended rosters to the GAA Board. After approval of the rosters, the GAA Board will forward each All Star Head Coach their roster and the coach will then contact the parents of the children that made his team.
The Head Coaches of the All Star teams can be present during the tryouts and will be one of
the three raters in the player evaluation process. The children of the Head Coaches are not
to participate in the tryout.
All Star Experience Fact Sheet

Once named to a roster, the player cannot participate on another Tournament All Star team
without written approval by the GAA President.
The Schedule:
Practices can begin once the rosters are finalized, but all players and coaches must meet
their recreational team commitments if any conflicts exist. That means players must be at
their recreational team games and practices through the end of the season and the City
Championship tournament.
The Commitment:
Because of the competition at this level, All Star Tournament Teams often have two to three
events each week in preparation for tournament play. On days the team is not playing in a
tournament, you should assume the team will practice. This can create a problem if the player will be out of town or otherwise unavailable for more than a few days during this period. To be fair to the team and the players, parents should carefully consider the necessary commitment before allowing their child to participate on an All Star Team.
Parents should also be aware there are lax playing time requirements on Tournament Teams.
Once qualifying play begins, you must qualify to advance to the next tournament, and therefore coaches are trying to field the most competitive team possible. Players are required to play 50% of the innings they are present at each tournament, but there are no infield playing requirements.
The Costs:
All Star teams are primarily self-funded. GAA contributes the cost of the Pony District
tournament only. Additional tournament fees, gate fees, uniforms, equipment, etc., are the
responsibility of the team. These fees vary depending on uniform styles and quantity of
tournaments the team chooses to participate in. Parents can anticipate minimum cost of
$150.00 per player; not including travel, food, or lodging.
For additional information, please follow the links below:
GAA All Star Parent Pack
GAA All Star Fact Sheet - Manager 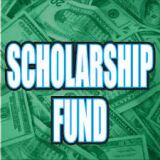 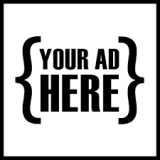